Sierra Madre’s entry in the 2015 Tournament of Roses Parade

Winner of the Mayor’s Trophy 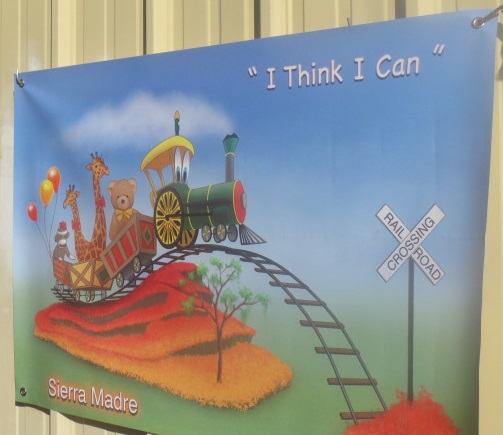 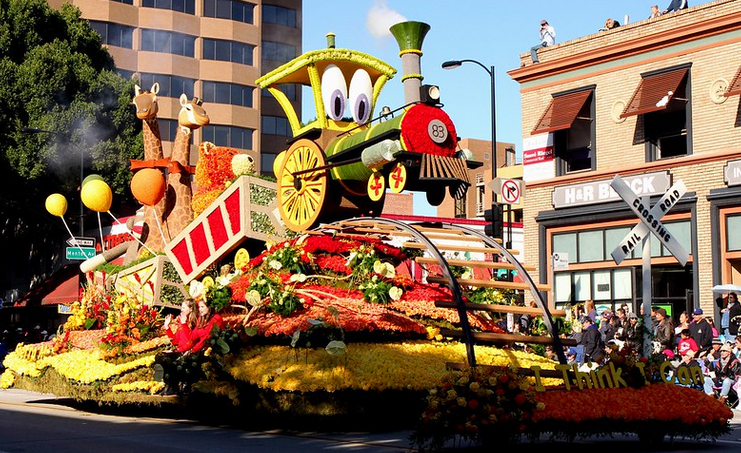 The theme for the 2015 Tournament of Roses Parade chosen by President Richard L. Chinen was “Inspiring Stories”.  Sierra Madre’s entry was titled “I Think I Can”.  Our theme was loosely based on the inspiring story by Watty Piper, Sierra Madre is depicting The Little Engine That Could.  Reminding everyone to keep trying, no matter the obstacle, and you will be successful.  Our association resembles the “Little Train That Could” in that we are the smallest builder, both membership wise and financially, in the parade.  Being all volunteer and all donation organization makes our journey challenging and inspiring each year.
The Sierra Madre Rose Float Association has dedicated this float to our long time friend and president – Bob Young who has been an integral part of the Sierra Madre Rose Float Association for many years. He passed away in 2014 and will be missed.